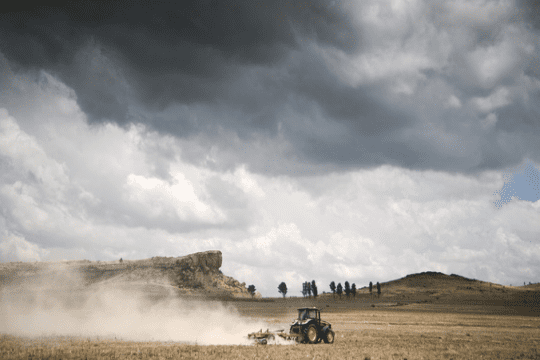 Recently, the Minister of Public Service and Administration, Senzo Mchunu, announced that 35% of the senior civil servants do not have the necessary qualifications. Free State Agriculture (FSA) last week expressed its concern about the state’s inability to govern the country properly in terms of service delivery. In this climate, the government wants to create radical economic legislation and amend the constitution. Agriculture will not allow the injustice to continue untested and without resistance.

According to Francois Wilken, president of Free State Agriculture, it is clear that the government is incompetent and out of a position of very poor governance proposes radical legislation that centralizes land and other property in the same weak government.

Furthermore, during a meeting with the Mkhuli-AfriForum Association, consisting of the 37 farmers, Thoko Didiza, Minister of Agriculture, Land Reform and Rural Development, acknowledged that there was corruption in the department. It appears that farmers have lost their leases following the demand that they pay R250 000 each in ‘administration fees’. Didiza acknowledged that some of the eviction orders were clearly criminal, and that there was a lack of communication between her department and farmers’ associations. She further acknowledged that eviction orders could only be issued with ministerial approval – worryingly absent in the case of the 37 farmers.

Free State Agriculture had already written to Didiza in July 2020 about the demands for ‘administration fees’. In addition, farmers’ attempts to negotiate were ignored, as in the case of Thabani Nxumalo. Nxumalo made a written offer to resign from his post as Eskom engineer, after being told that as a civil servant he did not qualify for the state land on which he had been farming for more than 15 years. Nxumalo’s offer was ignored and he was simply ordered to leave.

Such cases indicate a worrying lack of accountability of local government, and a lack of effective management of state land. With the looming expropriation without compensation bill now before parliament, the case of these 37 farmers raises serious questions. “Given existing corruption and incompetence in the management of state land, what are the implications once expropriation without compensation is set in motion? The possibilities for further corruption and mismanagement seem clear, with extremely disruptive consequences for the lives of all emerging and new farmers,” says Wilken.

Free State Agriculture (FSA) regards the case of the above 37 farmers as a call to take action against expropriation without compensation. This case should show the state’s inability to hold its local representatives accountable and prevent corrupt practices. In addition, the potential upheaval of farmers’ production has significant implications for the whole country, as such upheavals will inevitably be reflected in the market. It is therefore essential to stand firm against expropriation without compensation, which FSA will continue to do.