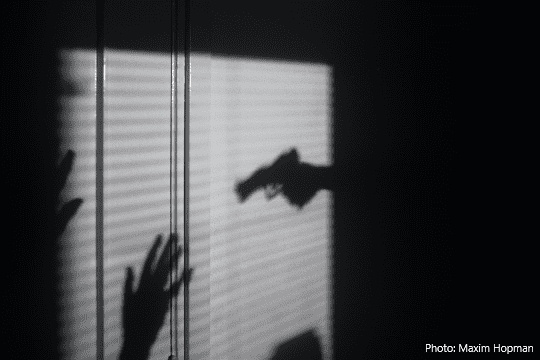 The Free State had the highest number of farm attacks of all the provinces in the recent third quarter crime statistics of 2020-2021, an increase of 53.85%. The Free State had an increase of 14.1% in murder incidents and 39.2% in attempted murder incidents during the same period. The murder and attempted murder figures are the highest in a 5 year period. Free State Agriculture (FSA) regards the increase as proof that the government is not properly equipping and staffing the SAPS to combat crime effectively.

The serious violent crimes form part of farm murders and attacks which showed that the Free State experienced the most farm murders in a 3 month period from 1 October to 31 December 2020 (57.15%). High crime areas regarding farm attacks / murders are Bloemfontein (smallholding areas), Clocolan, Hennenman, Mafube, Odendaalsrus, Viljoenskroon and Virginia.

“During the Covid-19 restrictions on the movement of farmers that were curtailed, we experienced how serious the government is about enforcing regulations. We refuse to accept that the wave of crime that terrorizes communities should simply be accepted that way. The re-implementation of the rural safety strategy with the same seriousness and political will is simple and can be done.” says Dr Jane Buys, Safety Risk Analyst at Free State Agriculture (FSA).

Although the armed robbery rate dropped by 12.5%, home and business robberies increased by 2.7% and 6.8% respectively. These figures of serious violent crime, recently reproduced by the Minister of Police in its quarterly release, have a direct impact on all communities and farming communities, Buys reports.

As far as stock theft statistics are concerned, the Minister pointed out that 74 947 pieces of livestock were stolen in the RSA in the 3 month period with 44.96% of them sheep, 23.29% cattle and 21.37% goats. No indication was given regarding the numbers stolen per province, although the Free State has the third highest reporting of stock theft crime figures in the country.

What is worrying, however, is that in addition to the 36 towns that indicated an increase in stock theft of 10% and more, there are another 25 towns that reported the same or more stock theft cases in a 9 month period from 1 April to 31 December 2020. According to Buys, the towns along with the top 10 stations of reporting need to be given serious priority and attention in terms of increased crime prevention actions and operations.

Mr Jakkals le Roux, chairman of the FSA’s Rural Safety Committee, believes that the fact that the revised rural safety strategy (RSS) has not yet been rolled out in farming communities in the Free State can be pertinently seen in the increased crime picture pointed out by the Minister, adversely affecting the agricultural sector.

Free State Agriculture (FSA) requests the SAPS, together with farming communities, to roll out the RSS with accompanying security plans, increased policing actions and the establishment of task teams in rural areas in order to establish greater security in communities.