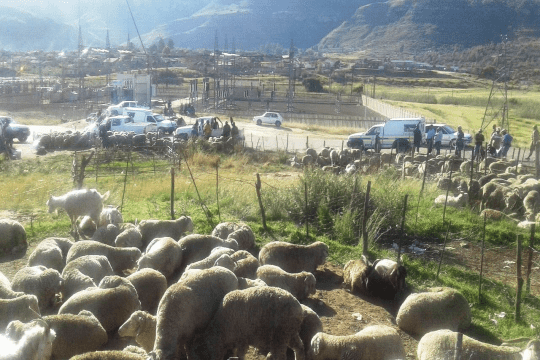 The Free State province already had 847 reported stock theft cases for the second quarter of 2021/2022.

This figure is according to a report compiled jointly by Free State Agriculture (FSA) and the Red Meat Producers Organization (RPO) and follows the release of crime statistics by the Minister of Police, Bheki Cele.

According to Dr Jane Buys, Safety Risk Analyst at FSA, 247 of the 847 cases were reported by 13 farming communities along the RSA / Lesotho border. The reporting rate in respect of stock theft for this area is therefore 29.16% of the Free State’s total figure. The towns along the border that have reported an increase in stock theft are Clocolan, Fouriesburg, Hobhouse, Kestell, Ladybrand, Qwaqwa area, Tweespruit, Vanstadensrus and Zastron.

Isabel Kruger of the Livestock Theft Prevention Forum of the RPO in the Free State adds that six of these towns’ farming communities reported 20 or more cases in the three-month period. “This indicates a large increase in stock theft reporting and we are of the opinion that it is therefore essential that these communities be classified as high crime areas.”

Dr Buys pointed out that although the release of the Minister of Police does not convey any numbers and monetary values that pass on the losses of farming communities in the Free State, it does appear that more than 1 500 cattle and more than 5 000 sheep could have been stolen during this period. It also seems as if between a third and a quarter of the cattle that were stolen could have been recovered. “However, the Minister in no way mentions in his crime statistics how many arrests have been made by the police on crimes and especially stock theft, which raises many questions.”

Free State Agriculture and the RPO discussed various recommendations with the police, such as that increased focus on crime prevention operations should take place together with white / blue light patrols in collaboration with farming communities. It was also recommended that stock theft detectives, police officers linked to visible policing and crime intelligence work together in order to determine the outlets and markets for stolen livestock, as well as launch services / operations and conduct regular visits to auction venues in their area.

Free State Agriculture and the RPO strongly urge farmers to report all livestock theft incidents to the police for investigation, as well as to ensure that they comply with the Livestock Theft Act and brand their livestock in order to prove ownership.