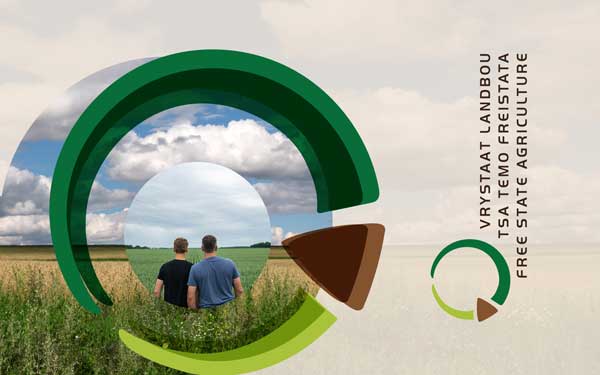 It is essential to distinguish the Expropriation Bill process from the Constitutional Amendment process in order to allow for expropriation without compensation (#EWC).

This is according to Dr Jack Armor, operations manager of Free State Agriculture (FSA). He confirmed that Annelize Crosby informed FSA on 24 November that the final version of the Expropriation Bill had been submitted to Parliament and that it would be published for comment on 10 December. After the 60-day comment period, public hearings will take place in February 2021.

Armour further points out that the definition of public interest is very clear to (as well as all natural resources – including water) to bring about reform:

‘‘…’public interest’ includes the nation’s commitment to land reform, and to reform to bring about equitable access to all South Africa’s natural resources in order to redress the results of past racial discriminatory laws or practices;”

Armour further explains that South Africa already had an Expropriation Act before 1994. However, after 1994 it had to be brought in line with the new Constitution (specifically Article 25). Although FSA has been studying the Expropriation Bill with Agri SA since 2013 and providing input, we can only know exactly what comments can be made when we have seen the final officially published version after 10 December. Armour confirms that FSA will provide clear guidance to members on the way forward.

According to Armour, Annelize Crosby, Head of Land Affairs at Agri SA, gave the following feedback on the expropriation bill:

Armour points out that special attention must be paid to the Expropriation Bill, Chapter 5: Compensation for expropriation, Clauses 12 to 20:

– Generally deals with compensation for expropriation.

– These clauses express the requirements of section 25(3) of the Constitution and thus sets the standard for all expropriations undertaken by an EA in the three spheres of government.

– An innovation of the Bill is the explicit provision in clause 12(3)(a)-(e) of relevant circumstances which may result in the payment of nil compensation.

– The payment of nil compensation may, in such a situation, be regarded as just & equitable after satisfying the balancing of rights process and the requirements of sections 25 and 36 of the Constitution.

Clause 12(3) relevant circumstances that may justify the payment of nil compensation include:

The Free State was rocked by 53 farm attacks on agricultural land, which included 9 murders, during April 1 to November 30, 2020.

Dr Jane Buys, Safety Risk Analyst at Free State Agriculture (FSA), states that twenty (20) attacks were on workers (foremen and security guards), while 16 attacks were on producers with their families. In other cases, four people living on farms and smallholdings were attacked, one incident was a speculator, two emerging farmers were attacked and in one incident both a producer and workers were attacked. In four farm attacks, children also formed part of the victims.

In the same period last year (2019) there were 34 farm attacks that included 6 murders. Buys mentions that this indicates an increase of 19 farm attacks / murders (35.9%) in the Free State.

The 9 murders that took place were in the farming communities of Bloemfontein (Bloemspruit), Ficksburg, Hennenman, Kestell, Paul Roux, Odendaalsrus (2), Viljoenskroon and Welkom. Three producers were killed, one emerging farmer, one worker, 1 foreman, one security guard and two people living on guest farms during the attack. In three of the murders, arrests have already been made.

Buys mentions that in the vast majority of attacks / murders items most commonly stolen were cash, cell phones or firearms, while in three attacks vehicles were also stolen from victims. In 9 incidents, nothing was robbed thanks to the quick response of the victims to resist. In three attacks animals were robbed (sheep and / or cattle) and in 3 other attacks attempts were made to steal animals (especially cattle across borders).

Gernie Botha, legal adviser to Free State Agriculture (FSA), mentions that the chairperson of the National Minimum Wage Commission published their report and recommendations regarding the annual review of the national minimum wage in the Government Gazette of 20 November 2020.

The document also contains a request regarding written representations regarding the recommendations, which must be submitted within 30 days of the publication of the notice to the address details as indicated on the notice.

Botha confirmed that Free State Agriculture would also comment on the document. Members are requested to provide written feedback to us for inclusion in the feedback by Friday, 11 December 2020 at 16:00 to gernie@vslandbou.co.za

Safety on agricultural land has been under the magnifying glass lately and with good reason! With the festive season upon us, farmers and farm dwellers need to show extra vigilance.

According to Dr Jane Buys, Safety Risk Analyst at Free State Agriculture (FSA), it is critically important that farmers sharpen their vigilance, observe what is going on around them and do not underestimate any suspicious activity or movement. It is also important that any information about possible crimes is passed on to local safety representatives so that it can be prevented.

These are some of the safety tips that farmers can heed to ensure better safety on agricultural land.

Buys further mentions that good relations between all stakeholders are essential. “This includes relations between the South African Police Service (RS coordinator and station commander), agricultural communities, neighbors, workers and residents on farms or smallholdings,” she says.

Furthermore, communication networks must also be in place so that help can be called in  case of an emergency. “Farmers, for example, must be connected to a radio network and have an additional cell phone or tablet in the house that has been charged and hidden. Other examples are the use of an application for monitoring such as by Fidelity ADT or another security company in your area,” says Buys.

According to her, it is also important that farmers are involved in safety structures or networks within the Rural Safety Strategy in their area. “You need to know who to contact and who your section leader is in the area, as well as information about the farm guard”.

Information must be communicated on a regular basis to curb criminal activities. Buys says it includes suspicious people or vehicles spotted in your area.

Proper access control of workers and residents to and from farms must also be done by farmers. “If there are any guests, make them part of your own contingency plan so they know how to act if an attack occurs.”

Finally, Buys mentions that tall trees, shrubs and dense beds around the property provide criminally good shelter. Gates and access routes hidden by dense trees, bushes, shrubs and flowers make it possible for criminals to hide behind them without being seen.

The Department of Labour has reportedly trained about 700 new inspectors specializing in occupational health and injuries.

Gernie Botha, legal adviser to Free State Agriculture (FSA), says that members should take note and familiarize themselves with the documents that will be looked at when scheduling an inspection, with regard to the Occupational Health and Injuries Act of 1993.