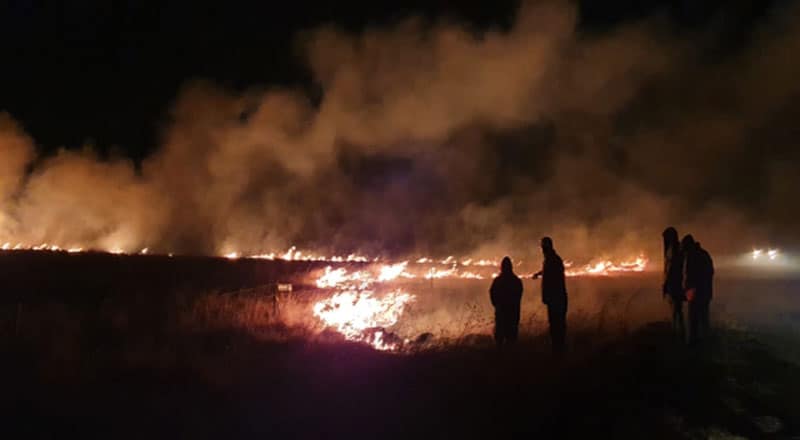 On 12-13 July 2021, 104 235ha of farmland was burned to the ground. According to Dr Jack Armour, Free State Agriculture commercial manager, these fires represent the single biggest fire event recorded in the Free State province.

According to the FSUFPA report, “The fire started around 12 July at 11:00 about 22 km south of Petrusburg. The fire burnt in a southerly direction and then moved in an easterly direction. The fire raged for over 27 hours traversing a 100km. Conditions were ideal for extremely dangerous runaway veld-fires with cold dry 70km/h winds to which farmers of the Fire Protection Associations were powerless”.

According to Free State Agriculture (FSA) the cost in loss of grazing pasture is estimated to be a R345.5 million. In addition, the early estimate of livestock and infrastructure loss amounts to R33.5mil.

FSA makes an appeal to the public for support for the farming community in the devastated areas. Anyone wishing to assist the affected farmers, can do so by visiting FSA’s website https://vrystaatlandbou.co.za/fire-disaster-fund/

The FSA office can be contacted on 051-444 4609 or info@vslandbou.co.za for contact details of feed drop off point coordinators.